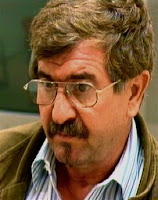 Judge Baltasar Garzón incarcerated Basque political refugee Juan Manuel Intziarte who has detained by police at Madrid's Barajas airport after being expelled from Mexico. Itziarte's forced departure from the North American country, according to leaked information, was preceded by unusual circumstances, being that his detention began due to an "anonymous tip" that claimed that the presence of the Basque political refugee was "irregular". After the case of the six Basque political refugees extradited by former president Vicente Fox in which the Mexican citizenry took the streets in support of the prisoners the Mexican has resorted to expelling the Basque citizens requested by Madrid to avoid another sticky situation that may again highlight the human and civil rights' violations that have to be in place to achieve an extradition since the Mexican Constitution forbid extraditions to countries that practice torture and summary executions, like Spain.

With a complete different outcome, another Basque political refugee, in this case in Venezuela, this very same week faced the possibility of being extradited to the Spanish State. Eventually, Iñaki Etxeberria was released at dawn on Friday after the Supreme Court in the South American country found no elements to support his extradition. The "unusual" circumstances" were also present in this case as denounced by Etxeberria himself. He was illegally questioned by the Interpol, there was unjustified delays for his release and he even witnessed the visit of the very Spanish Foreign Affairs Minister, Miguel Angel Moratinos. This chain of events made him fear for a negative outcome to his situation, that fortunately, did not come through.

Both cases are evidence of the unflinching efforts by the Spanish regime to bully sovereign states into violating international law regarding the figure of political asylum. That legal frame was seriously damaged by the offensive initiated by the US administration after the 9-11 attacks in the so called "war on terrorism", an offensive that counted with the enthusiastic support of many other states, among them, for obvious reasons, the Spanish state. But time has proved the complete and utter failures of this strategy that violates human rights as a cover up for more devious goals and, more so, its slow but unstoppable lack of support within the international community. A reality that the Spanish state rebuffs obsessed in extending it policy of suppressing the civil liberties beyond its own borders.